Site where you can admire a series of floors, perhaps part of a residence of aEgyptian trader , in the Portus Julius stores area.
The floors, places to a depth of 3/5 meters, are five.

The largest, placed across the other, in earthenware decorated with black and white marble tiles to flowers, another, slightly smaller, with decorations in white tiles in a diamond shape.
Followed by two other small, earthenware, with decorations representing two hieratic symbols: the swastika Greek and concentric square, united by the extensions of both. These symbols, already used by the Egyptians, Greeks and also in Hindu and Buddhist cultures, represented the “sun disc” and are a direct reference to the legendary Atlantean civilization.

At its core is a different floor from the other, in opus sectile, with white marble tiles and a Greek in obsidian pieces, a black lava stone. 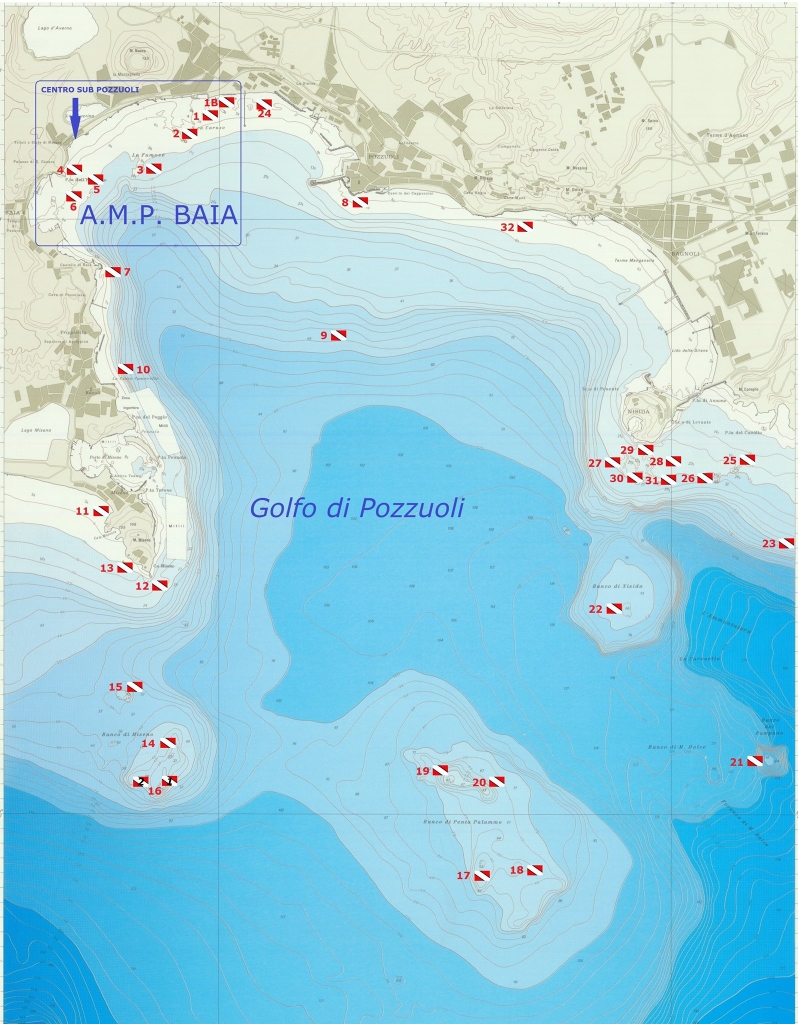 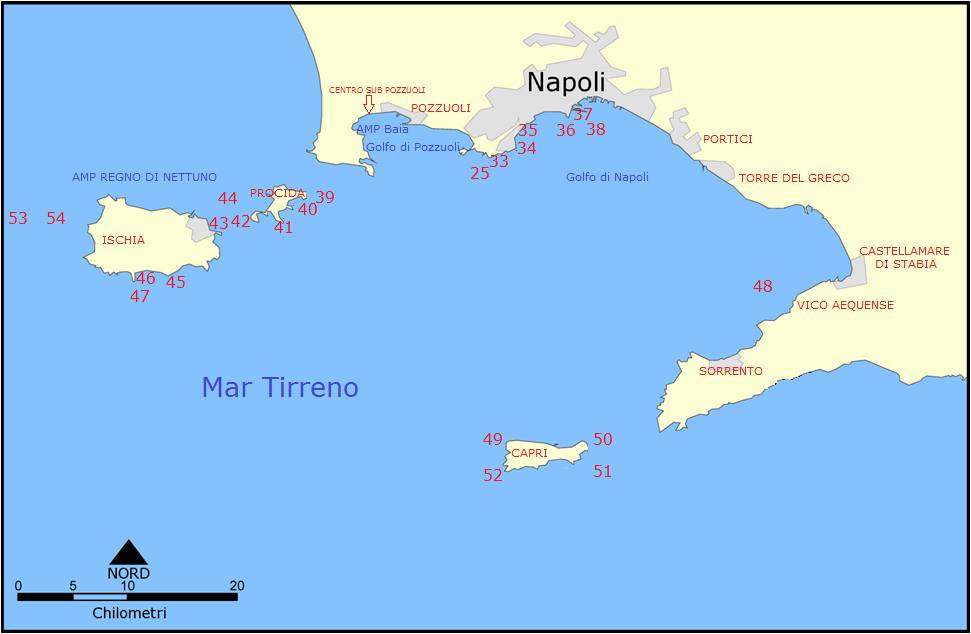